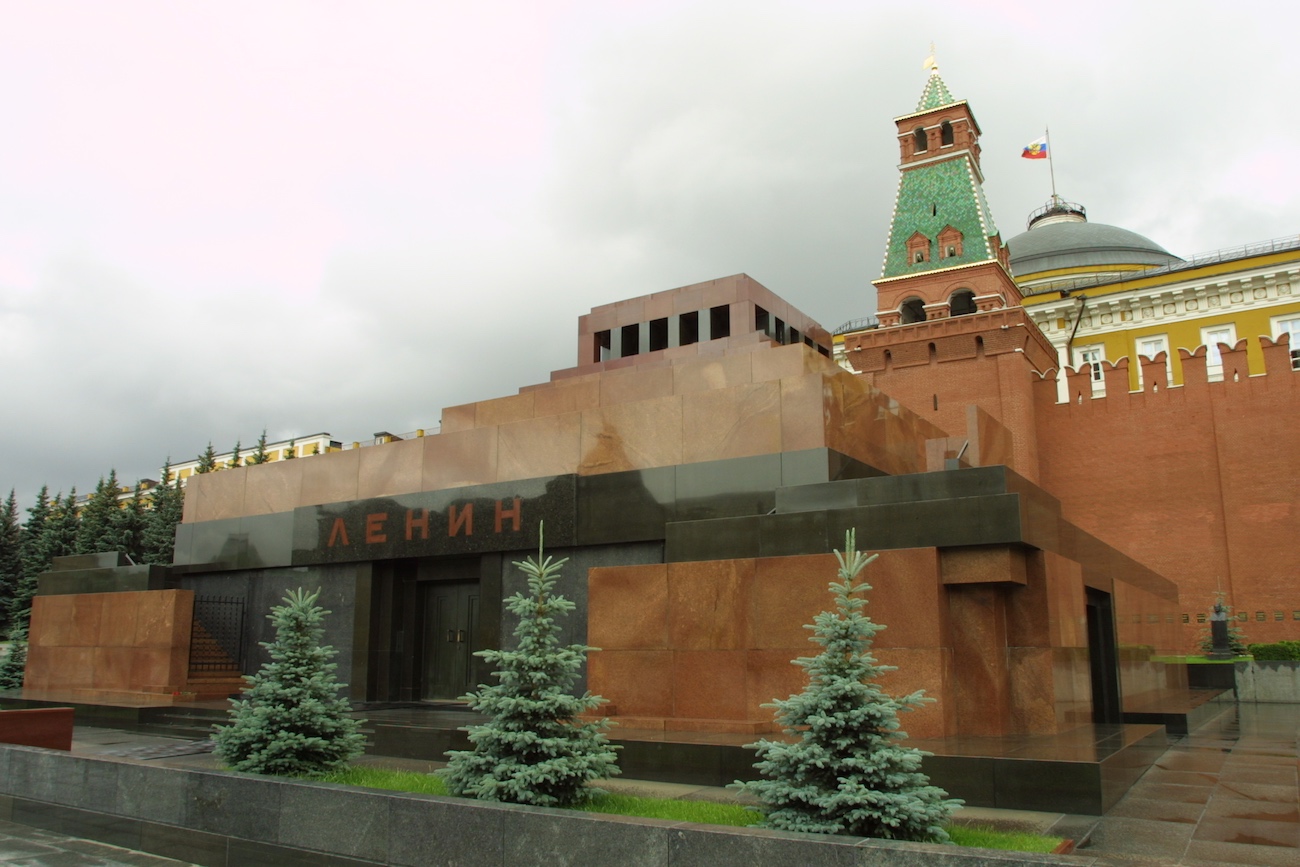 Corona Shmerona: How the disease of Utopiosis infected the West

My last essay introduced the concept of Utopiosis. I define it as a compulsion to create Utopia. All kinds of people can be afflicted. It’s been incubating on college campuses, beer halls, and coffee shops for centuries. But now a particularly virulent strain that helped to give us the event we call World War II has reemerged in the West.

The West, comprising the United Kingdom, Canada, Australia, New Zealand and eventually the United States, was the fourth contestant. It was pragmatic, initially unorganized, reluctant to embrace violence, but vaguely committed to societies organized around the principle of self-determination. The West advanced the notion that “the state” should be an instrument that protects the individual liberties of the governed, who in turn choose their own government. Without a central organizing theme (race, proletariat, imperialism), the individualism of the West was the intellectual antibody that fought the statist utopias of the other three contestants.

One of the three utopian states switched sides during World War II. The reasons why the West partnered with Soviet Russia after initially partnering with the others is beyond the scope of this essay, but it is sufficient to note that the utopian collectivist principles espoused by that regime managed to gain a foothold in the East after World War II ended. The original Soviet version of the disease mutated and picked up strains of fascism so that it became clinically impossible to distinguish national socialism from communism. For a time the infection spread throughout the world. It eventually ran its course and the host collapsed in 1989. Unfortunately, some of the more pathogenic cells of the Socialist-Communist strain of Utopiosis migrated to the West and lay dormant for a while.

A mutated strain found an agreeable host in the West’s college professors. These Patient Zeros infect their students, who infect other students. A significant portion of these carriers themselves become professors, grade school teachers, high school teachers, and school administrators who infect a new generation of students. Childhood exposure to the Utopiosis virus is especially dangerous: Younger victims have poorly developed immune systems and are more likely to succumb to the disease.

The first symptoms are a willingness to abandon free speech and free markets. Advanced stages include an eagerness to disregard some of the most basic attributes of citizenship. The patients might display an actual yearning to trade liberty for security. The terminal stages of Utopiosis occur when the fever burns through the individual’s immune system by sacrificing reason to insanity.

A glaring example of this happened when it was pointed out, without irony or embarrassment, that Billionaire Mike Bloomberg’s failed bid to become the Democratic nominee, after having spent half a billion dollars, was offered as proof that the poor could become healthy by eating the rich. Here’s one version: 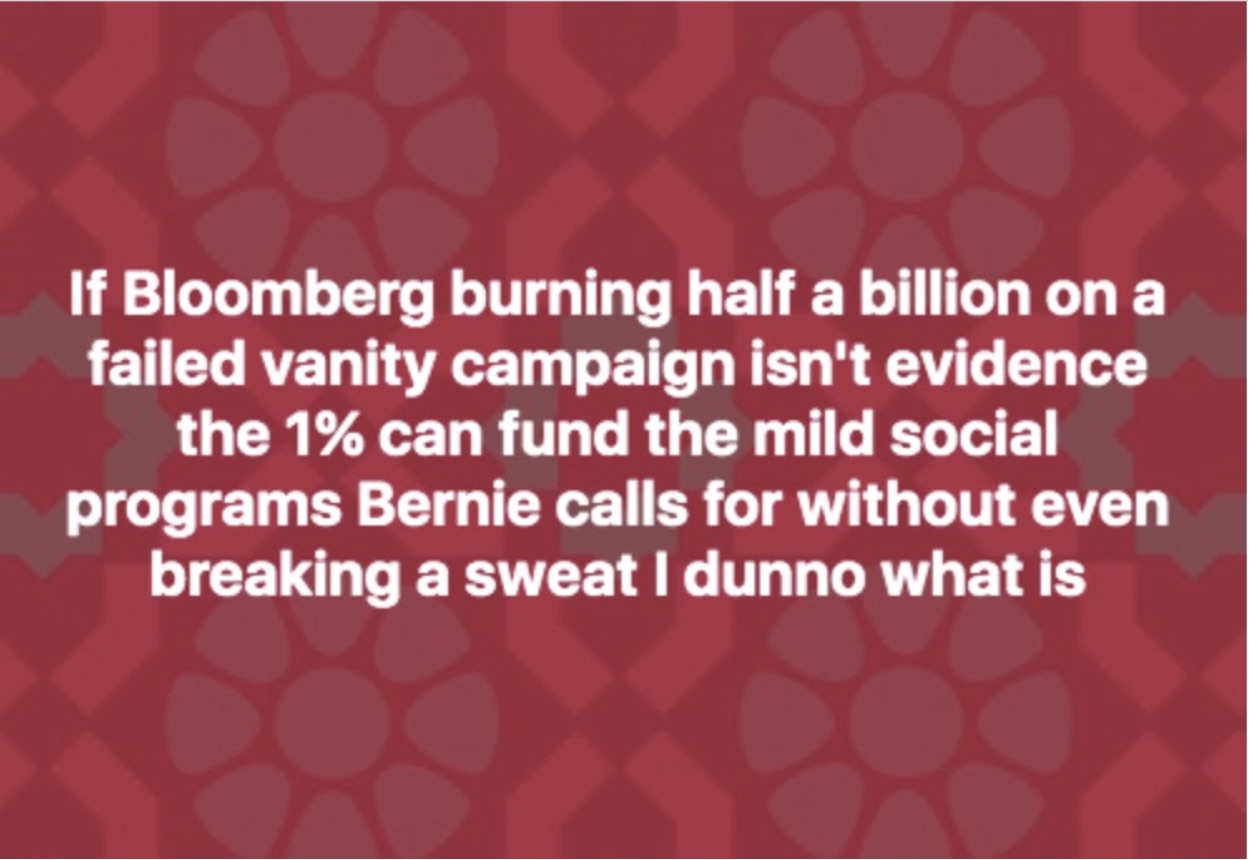 Let’s try throwing some antibodies at this and see what happens.

Take just one of the many programs that Bernie proposes: Universal healthcare.

Using the $500 million that Bloomberg spent “without breaking a sweat” to fund a $3 trillion dollar universal healthcare program looks like this:

That means we need 6,000 billionaires “contributing” $500 million each year to fund universal healthcare. Alas, we have only 600 billionaires. We need to increase the amount taken from each billionaire by a factor of 10. Our new formula looks like this:

Mathematically that seems plausible. We only need to expropriate $5 billion from each billionaire once a year to fund universal healthcare.

The richest billionaire in this country is Jeff Bezos, who’s worth about $100 billion. This means that Jeff can “contribute” his “share” of funding universal healthcare for 20 years before he’s broke. But most billionaires are worth far less than $100 billion, or even $50 billion. The lesser billionaires go broke sooner, which means you will need to increase poor Jeff’s contributions after passing the threshold of perhaps five years, which means he goes broke faster.

If your plan is to confiscate 100 percent of the wealth of each and every billionaire in this country, you’ll end up with something like 10 years of funding for universal healthcare. (In reality, billionaires tend to own homes in other countries, and tend to dislike being fleeced, so we should expect many to expatriate their wealth before this proposed law takes effect.)

I recently pointed out this simple arithmetic to a young acquaintance of mine who agreed with the graphic above. Her response was to ignore the arithmetic by deleting my Facebook post. That reminds me of a doctor telling a patient that refusing medicine will make the disease worse, only to see the patient abandon reason and run away. (I anticipate being blocked on Facebook soon.)

The last round of Utopiosis killed between 60 and 80 million people worldwide. Actual infectious diseases are transmitted by microorganisms that we can’t see, smell, hear, or taste. The vectors for Utopiosis are, relatively speaking, easier to detect and prevent.

I don’t mind if you want to go off and create your own private Utopia on your own land, on your own dime, in your own time, at your own risk. Just don’t ask me to share your infection. I’m a compulsive hand washer who doesn’t mind living alone. And my immune system includes antibodies that go “bang.”