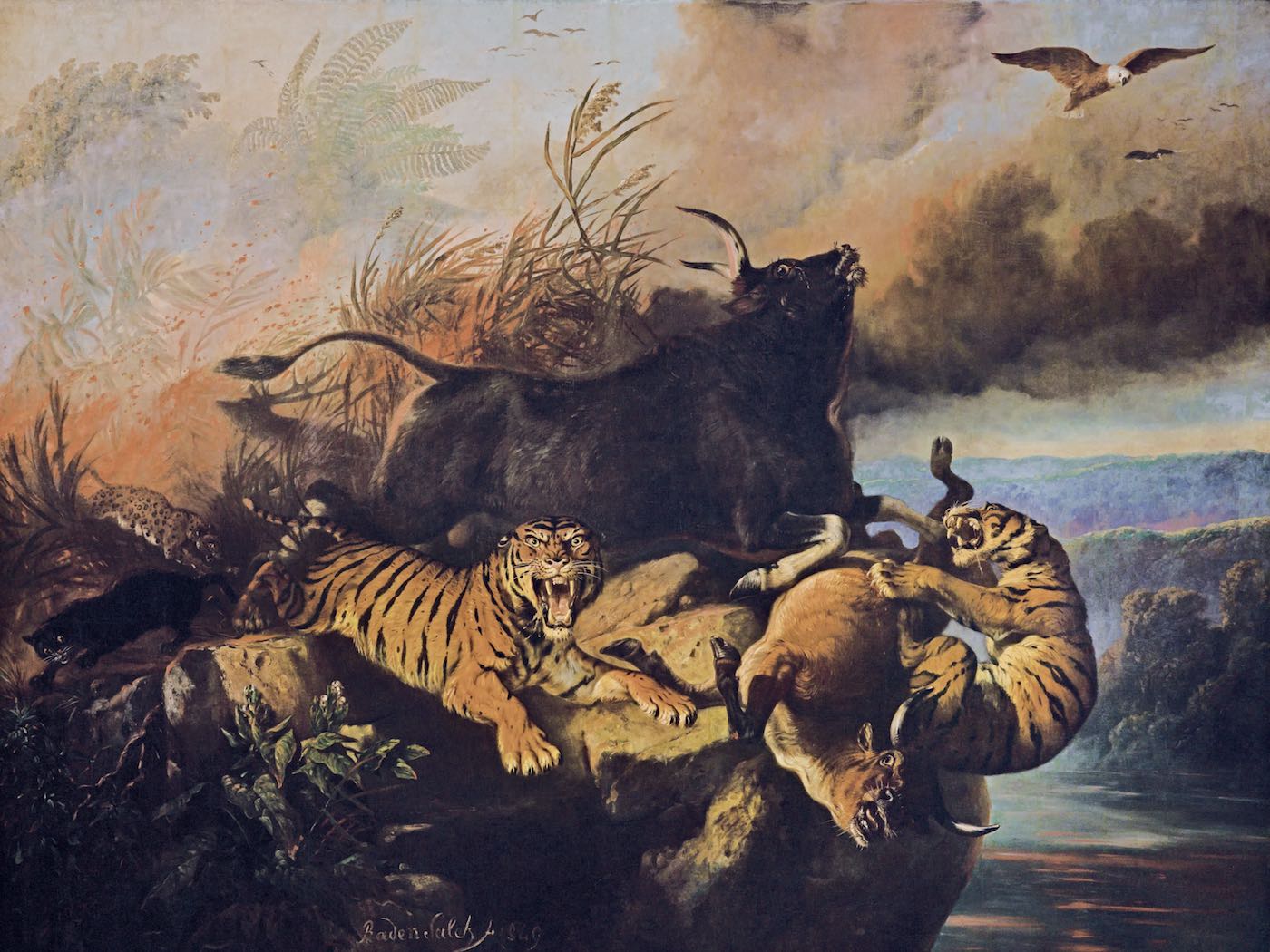 Red in Tooth and Claw: How political elites are trying to eliminate capitalism and limited government

What are the modes of human existence? There are, broadly speaking, only two. The first is mere survival, meaning a life that is “red in tooth and claw”—like a beast on the Serengeti or the jungles of Sumatra that hunts for food when possible and scavenges when it’s not. When neither hunting nor scavenging is an option, it goes hungry.

The second mode of existence involves figuring out how to save a little of what is hunted and gathered today. That can be saved for consumption tomorrow when nature might be less generous. This allows you to prosper. Prospering implies a rational animal who grasps concepts like “tomorrow,” “delayed consumption,” “property,” and “rights.”

What would you call the stuff you gather today for consumption tomorrow? If you toiled longer, got up earlier, walked farther, risked your safety for a greater haul, so that you would have an excess for hard times, what is that process? If you refrained from gorging yourself on everything you harvested today, or you intentionally ate less so that you’d have food tomorrow, what are you doing if not creating property?

If you don’t like the term “property,” we can call it “stuff-I-need-to-survive.” Would you use the skills you developed to successfully hunt and gather these possessions to keep some other creatures from stealing them? Why or why not? One answer is: “Because I worked extra hard to save some stuff, so I won’t go hungry tomorrow.” If that’s your answer, does this mean the birth of “rights?”

Are you expending labor to acquire and consume stuff, or are you laboring to preserve the “stuff-I-need-to-survive” that you already acquired, i.e., your property? Do you intend to keep what you worked for, or let someone else take it? Which is the wrong outcome? Which is the right one? What would you call the actions taken to preserve and defend these items, and by extension your life, if not “protecting property rights?”

A primitive form of capitalism is born when human labor does more than merely fill an empty stomach. Unconsumed resources (labor, tools, time) that are meant to increase and preserve the bounty from a given amount of human labor have to be called something. A common term is “capitalism.” If that offends you, use another term. But a system in which it is good and just to defend property, and by extension human life, needs a name.

The political entrepreneurs who founded America probably didn’t use the term “capitalism”—it seems to date back to the mid-1800s—but they understood that government’s only justification is preservation of the “stuff-we-need-to-survive.” This permits our lives to amount to more than mere survival on some modern equivalent of Serengeti or Sumatra.

Read the preamble to the U.S. Constitution:

“We the people of the United States, in order to form a more perfect union, establish justice, insure domestic tranquility, provide for the common defense, promote the general welfare, and secure the blessings of liberty to ourselves and our posterity, do ordain and establish this Constitution for the United States of America.”

And remember that the DNA for that preamble comes from the Declaration of Independence:

“We hold these truths to be self-evident, that all men are created equal, that they are endowed by their Creator with certain unalienable Rights, that among these are Life, Liberty and the pursuit of Happiness. That to secure these rights, Governments are instituted among Men, […]”

Now consider the governmental misdeeds—mostly state and local—during the novel coronavirus outbreak. How are we to characterize the orders, decrees, and enforcement actions that stop people from gathering the “stuff-they-need-to-survive?” What do we call it when the power of government is used to override the right of the people to protect their own lives and property? What happens when the state’s awesome power forces people into bankruptcy, or forces them to spend all their savings, and then beg for capital from the government to get back to “normal”?

There’s no shortage of theories postulating a deep state committed to preventing Donald Trump from being re-elected by depriving him of a winning economy. But let me propose a far more sinister conspiracy. This is an ancient conspiracy. It’s a conspiracy designed to resurrect and reestablish a two-class system: The rulers and the ruled. These conspirators aim to do away with not merely a president, but with capitalism itself.

The political elites in our society have made no secret of their desire to recreate a peasant class, but this time with a twist. Today our supposed betters want the majority of people to depend on what the modern Serengeti or Sumatra has to offer. They hope to use modern technology and coercion to turn those plains and jungles into a well-managed park, with themselves as the park’s managers, and you as a semi-domesticated beast to be fed, managed, and disciplined. The question we confront today is: Are these elites miscalculating in their arrogance?

The obstacles they face are limited government and capitalism. These are the two greatest means of improving the human condition and allowing a people to prosper, rather than merely survive. We should fight to preserve these institutions with as much vigor as we would fight to preserve yesterday’s harvest.

If we are to be forced back into a life that is “red in tooth and claw,” then let us be rid of the park rangers first.

Don Kilmer is an editor of Talking and a Second Amendment litigator living in Idaho. See Don’s previous Talking essays (an RSS feed is here and a JSON feed is here).