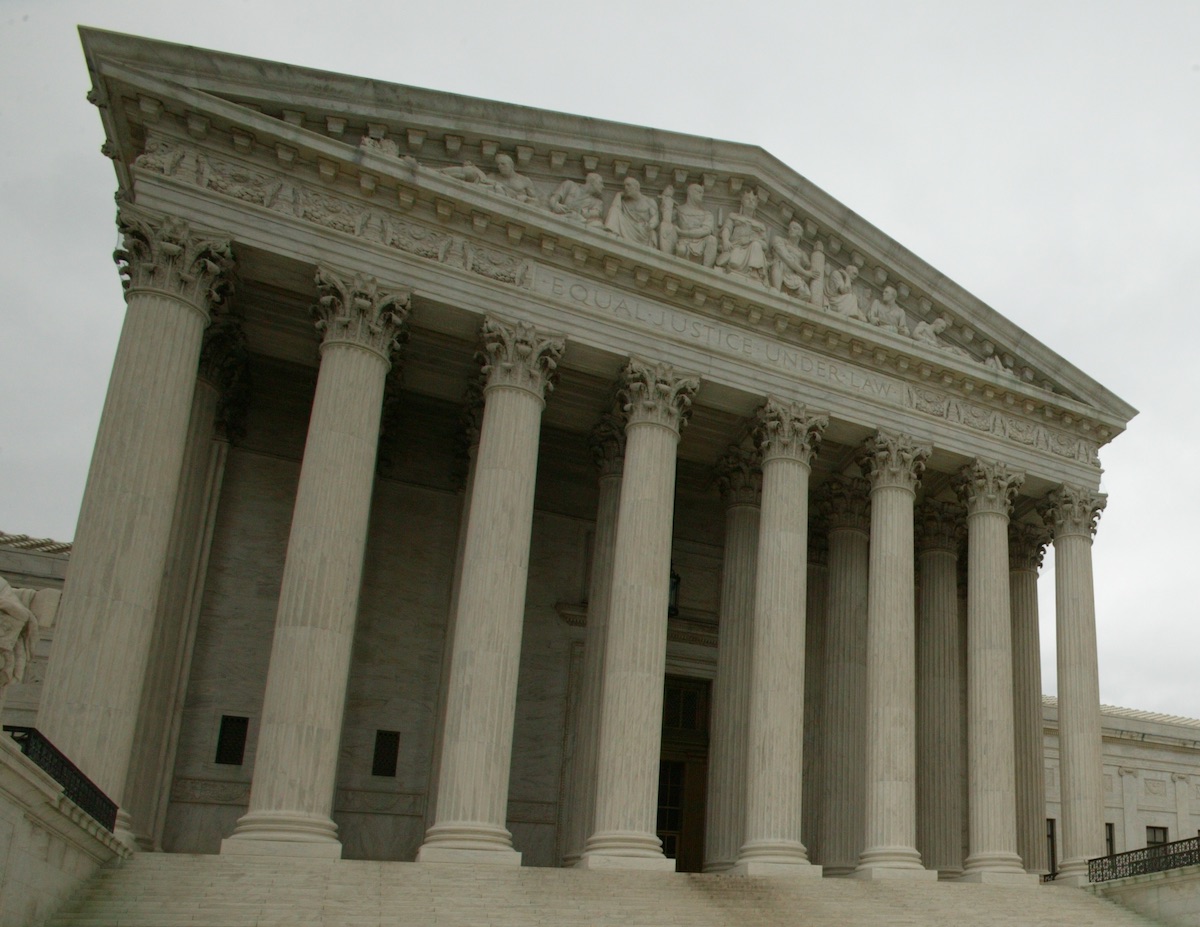 This week a trial balloon went up. It was floated by a Harvard law professor, Adrian Vermeule, in the form of an article in The Atlantic titled “Beyond Originalism.” It argues that originalism has “outlived its utility,” and that conservatives should abandon originalism for “common-good constitutionalism.”

The concept is not new. The arguments for conservative judicial activism mirror the ones that were promoted by a progressive Harvard law professor, Mark Tushnet, in 2016 when it looked like Hillary Clinton would get to pick Antonin Scalia’s replacement on the Supreme Court.

The Constitution means whatever five Supreme Court Justices (along with their minions in the feeder Circuit Courts) says it means. So let’s not get too fussy about interpretive models for the Constitution. Our tribe has the power now. Therefore it’s time to inscribe our political values in the concrete and stone of constitutional law.

Since I can’t improve on Professor Barnett’s criticism, I thought I’d contribute to the debate by offering a philosophical approach to asking at least one of the right questions about interpretive models for any legal or political theory: “What’s the limiting principle?” and “Why have one?”

The fatal flaw in Professor Tushnet’s model is the same one in Professor Vermuele’s model. Namely it’s this: They are not models. They are rationalizations for power grabs.

Models are supposed to be abstract descriptions, or scaled-down replicas of something that already exists in the real world, or something that someone wants to make real. The “common-good constitutionalism” of Professor Vermuele is a path down the right side of the road to constitutional anarchy. The progressivism of Professor Tushnet trods the left side of that road. The destination is the same—the loss of limited government, which remains the most unique aspect of our constitutional heritage.

There may be other mechanisms for limiting government. Someone, someday, might come up with something better than separating the functions of governments (legislate, execute, judge) into different branches and then compel these branches to check and balance each other. That political genius might improve that milestone by adding a different list of commandments—directed at the government—to protect the fundamental rights of the citizens.

I’m open and eager to learn what additional limits can be placed on government. But so far, I’ve seen nothing better than the U.S. Constitution’s elegant design and ability to inspire loyalty to the principle of liberty. I say this while acknowledging some flaws and harboring a desire for some minor tweaks. But the basic design, the foundation and structural timbers, remain sound.

In the final analysis, no government ever needs a “reason” to grow. They just do. Without any limit, all on its own, under any label you choose, the state will gain more power over its citizens’ lives. It will tax more. It will regulate more. It will seek to make us all more perfect beings, whether we like it or not. (Have you ever noticed that the people saying “there oughta be a law” are rarely talking about limiting their own conduct?)

The most important concept that America brought to the world was the idea that government should be limited. We, the people, should be quite explicit in what those limits are.

You can call the opposite concept “organic evolutions of legal terms,” or “living constitutions,” or “common-good constitutionalism.” Whatever you call it, the concept is toxic to liberty.

It’s toxic for the same reason that my wife sends me to the grocery store with explicit pictures and specific descriptions of the items she wants. She knows I’ll be tempted to buy extra stuff including beer and beef jerky. She knows that I’ll be lured by the sample lady into buying an off-brand cheese. She knows I can be tempted to expand her straightforward directive of stocking our pantry into a massive shopping spree that could stock a restaurant.

My little secret is that I can get away with adding beer and beef jerky if I otherwise adhere to her list faithfully. But there are serious checks and balances. My domestic tranquility depends on following the list pretty closely and interpreting the list as if its author was in the store with me.

One reason to hope for a hereafter would be to watch professors Vermuele and Tushnet in conversation with James Madison and our other founders. It would be illustrative to watch them attempt to explain why they decided it was wise to disregard the original set of instructions from 1789, and disregard 1791’s list of limits to government power.